To enhance and enrich the learning environment, we offer a wide range of extracurricular activities for students who want to discover and learn something new. From individual and team sports to dance, art, foreign language, robotics and programming classes, activities vary by age and largely depend on the interests of the children. These clubs are run by professional club providers and coaches.
In addition, our students participate in student leadership and community service opportunities throughout the year.
Please see below for a comprehensive list of the clubs available.

At Football Club, it is our goal to teach football skills in a fun, non-competitive, educational environment. Our philosophy is to use football to build self-confidence, and to develop teamwork in every class. Our specially designed curricula use positive reinforcement to ensure that each child improves skills while having endless fun.
The coach of the football club is a popular football player in Georgia – Ibrahim Idou.
The school stadium often hosts football matches. The most popular annual championship is the Iviko Chelidze Football Championship, founded in 2011.

The Basketball Club is an after-school program. It is an exciting program where everyone gets to run, catch, pass and score! The club activities involve lots of games while learning all the basic fundamentals. Absolutely no basketball experience is required – you will learn everything from a professional basketball coach – ex-member of Georgian National Basketball Team Davit Berdzenishvili – who will deliver game-based curriculum that focuses on developing skills like shooting, passing, ball handling, and defense while infusing essential basketball values (camaraderie, respect, teamwork, etc.) with fun.
The European School has a basketball team, which successfully participates in annual championships and friendly games between other public and private schools.
Some players of the European School basketball team are members of Georgian National Youth Basketball Team.

Tennis Club offers a children’s tennis education program specializing in after-school tennis classes for children ages 6 to 12. Our tennis coach is a famous tennis player, the champion of Georgia, one of the best five tennis players in the Soviet Union, and winner of International Tournaments, Nino Nalbandiani. She provides a safe, extra-curricular learning environment for our students that parents have come to love and appreciate. It’s noteworthy that some of her students have become the winners of the International and State Tournaments. 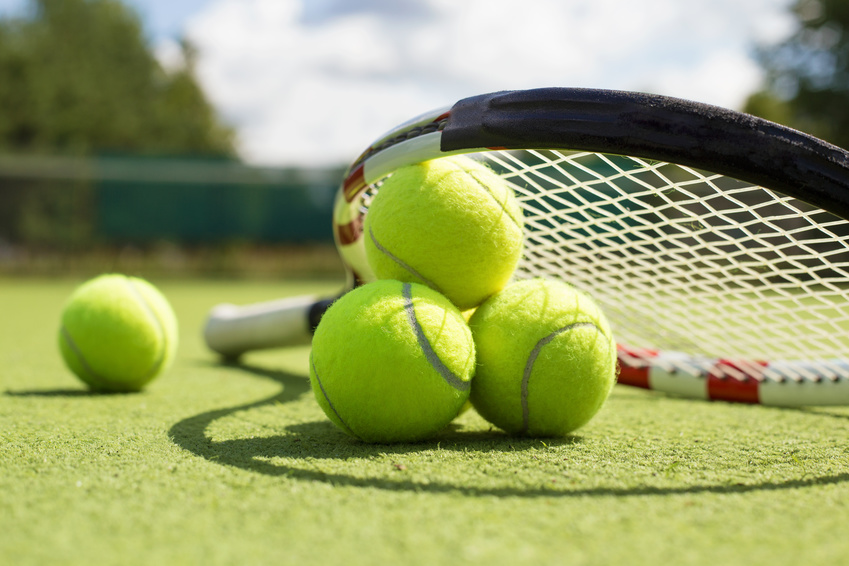 Our Chess Club offers an after-school program to students age 5 to 13. The program is tailored to children ranging from absolute beginners to national champions. Our club supervisor, famous chess player Giuli Alikhanashvili, enables students to learn both basic rules and advanced strategies, develop critical thinking skills as well as problem-solving; she offers the opportunity to play against peers at the school or the City Tournaments and learn from chess experts and grandmasters during exhibition games where professional players play against a number of students from the school club. 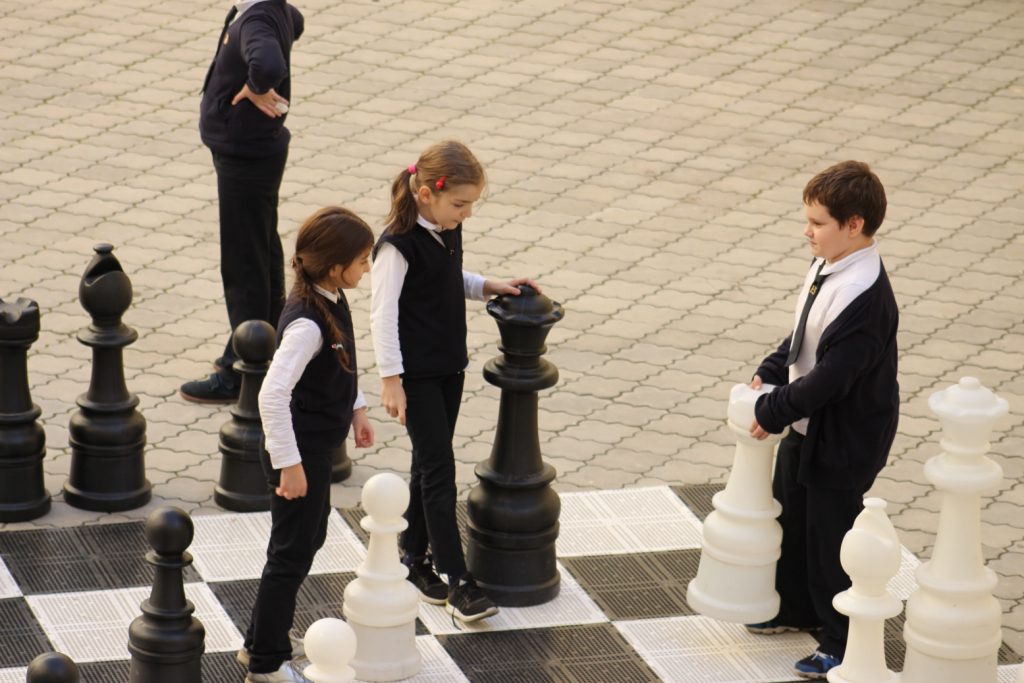 Our after-school karate program sets up your child for future success through the martial art of karate. Karate helps improve discipline, concentration, awareness, self-esteem, strength, self-defense and much more. During the karate classes, delivered by famous karate master Grigol Darchiashvili, your child will learn multiple karate techniques, how to defend themselves, kata, karate terminology (Japanese karate words) and further traditional karate lessons. Grigol Darchiashvili’s students have gone on to become winners of the National and World Championships.

Our Drama Studio exposes students to the basics of theatre while they rehearse a fully-staged short play designed to give students a fun and educational experience with theatre! We believe that the best way for young actors to grow is for them to perform. That’s why our Drama Studio is always focused on the production of a play. The students will perform a different play every academic year, so they can enroll multiple times and enjoy a whole new experience each time.
Our after-school Drama Studio doesn’t just teach theatre! It also builds students’ self-confidence, creativity, teamwork abilities, self-discipline, and presentation skills.
All of our high-quality scripts are written (or adapted from classic children’s literature) by Artistic Director of the Drama Studio Lika Kobuladze – an actress at Tbilisi Kote Marjanishvili State Drama Theatre.
The studio successfully performed a musical: “Christmas Celebration in the Cellar”, several plays, such as: Georgian tale “Tsikara”, Aleksey Tolstoy’s “Buratino”, Charles Perrault’s “Little Red Riding Hood”, Hans Christen Andersen’s “Snow Queen”, William Shakespeare’s “Midnight Summer Dream”, the composition “Ode of Fruit”, “Love, Love, Love” (According to love letters of famous people”), “A Christmas Carol” etc.
The best plays were performed not only at our school but on the stages of Tbilisi theatres, including Tbilisi Kote Marjanishvili State Drama Theatre, Tbilisi Nodar Dumbadze Youth Theatre, Tbilisi Sandro Akhmeteli Drama Theatre and Liberty Theatre.
In 2012, for the play “The Snow Queen,” the European School was awarded the best cast prize at the Youth Festival organized by Tbilisi City Hall. In 2014, the European School cast was awarded the prize for “The Most Creative Cast” and the diploma at the festival of “Golden Fleece” for the play “Mythology as Seen in the 21st Century”.
In 2016, for performing the play “Buratino” the Drama Studio, its Artistic Director and students were awarded special diplomas for outstanding work. 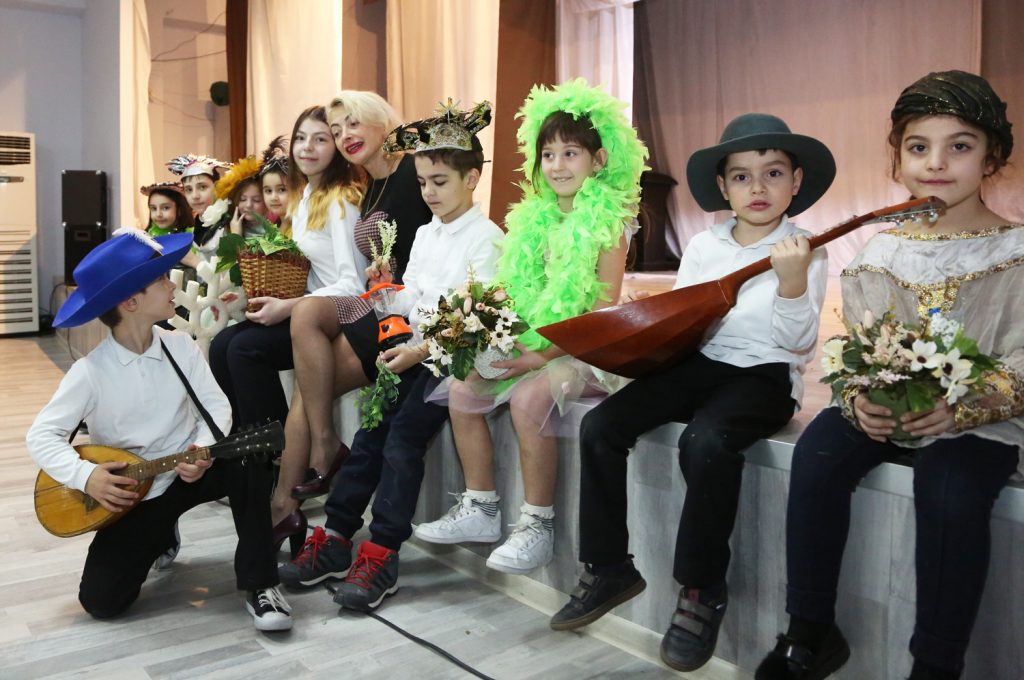 Club members learn to create felted handcrafts. They use Georgian lamb wool to make fabrics, dolls, beads, and folk crafts. The felt club arranges Easter, Christmas, and End of the Year exhibitions, conducts workshops, and participates in festivals and other school events.

The main goal of the club is to make students love to do arts and crafts. 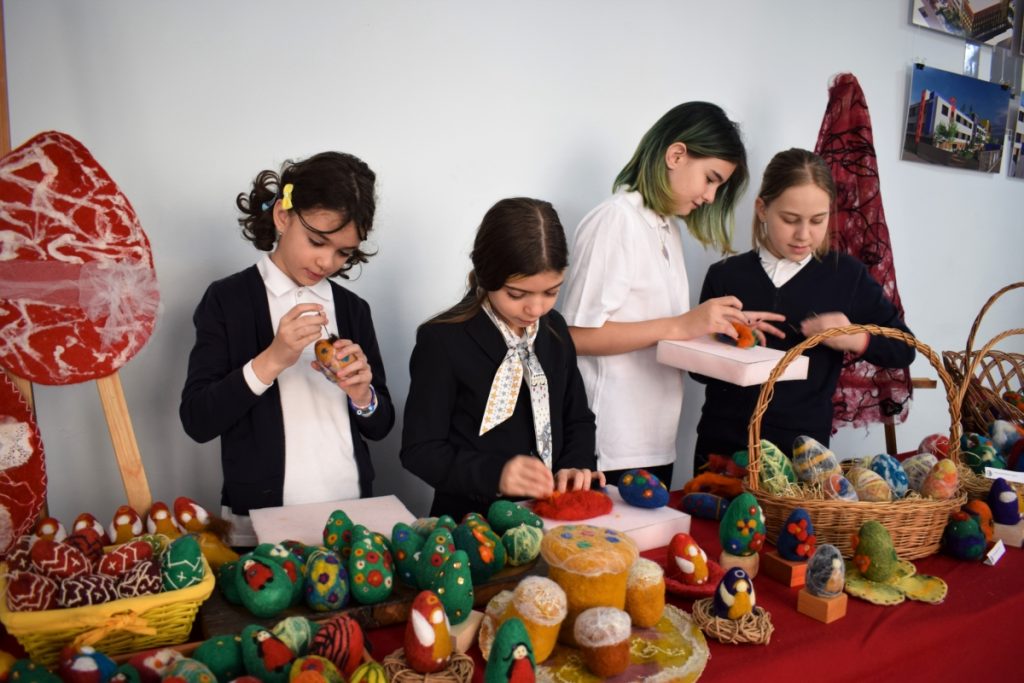 Welcome to the European School TV Studio – ESTV!
Established in 2007, ESTV is a European School community TV station which airs school news. ESTV television content is available online at www.europeanschool.ge
The Head of ESTV is Irakli Jaoshvili: a director, producer and head of the Golden Butterfly International Children’s Film Festival.
ESTV is a student television station fully equipped with modern digital technologies. The European School cable television network broadcasts television signals to 220 TV monitors. The TV monitors are installed in classrooms, conference rooms, offices, hallways, dining halls and the Preschool Center.
ESTV has its own intro and logo.
ESTV programs are being aired from 8:30 a.m. to 5:30 p.m.
ESTV’s main objective is to engage students in the learning process. ESTV’s television schedule is planned ahead as teachers choose particular days and periods to air the relevant footage. Scientific, documentary and fictional video clips help students thoroughly comprehend their study material.
As a creative & study lab, ESTV consists of a newsroom, production control room and voiceover studio. Students learn the basics of broadcast journalism and different television techniques and put their ideas into action.
Other than the weekly news show “ES News,” ESTV broadcasts various programs:
• Big Break with Mari
• Liza’s Top Ten
• Hidden Camera Pranks
• Lunch with Ika
• Who Is First?
• Zuka’s Show
• Detective Marikusha
• Ana’s Show
• TV series “The Adventures of Chocho”
ESTV also offers documentary movies depicting school life.
At the end of every month, ESTV reporters prepare a TV show called “Meeting with the Principal.” The TV show is broadcast live.
Every last Wednesday of October, ESTV airs an annual contest “My Class” and announces three winners in respective categories: the Best Reporter, the Best Host, and the Best Director.
On the basis of ESTV, a children’s movie studio and an International Children’s Film Festival called Golden Butterfly were launched on June 1, 2011. Teenagers under the age of 18 are welcome to participate in the festival. The festival includes the following: a short film contest, master classes, workshops and an awarding ceremony. The festival is held annually and announces winners in 10 different nominations. The contest is judged simultaneously by the competent jury and children’s jury.
Official website of the International Children’s Film Festival: www.goldenbutterfly.org 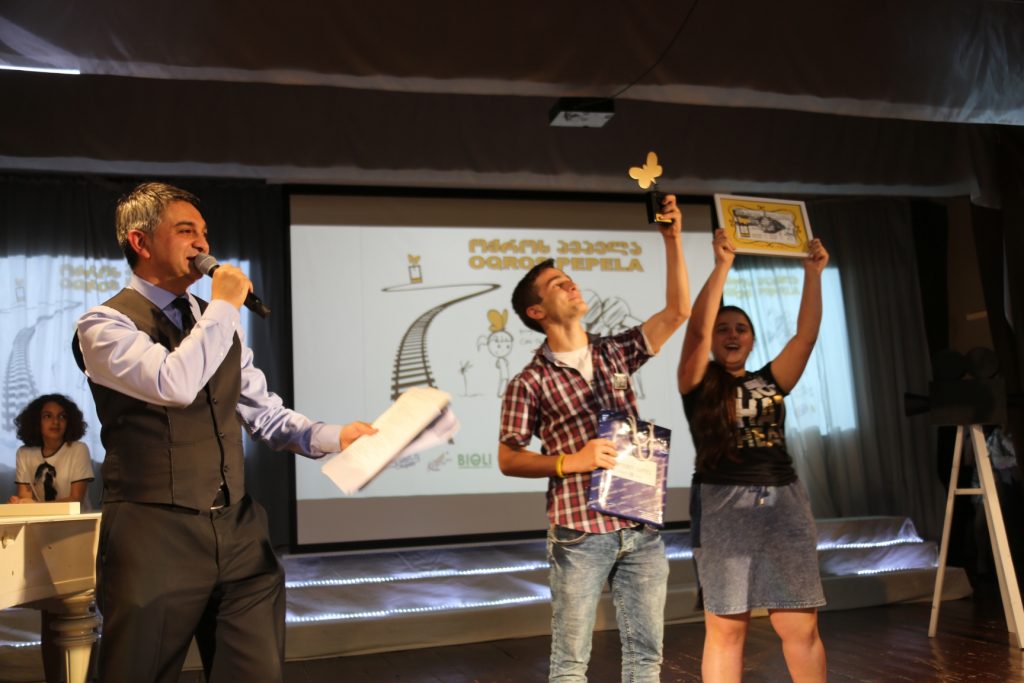 At our Guitar Studio, students have fun while learning fundamental techniques and how to strum several songs on the guitar. The guitar lesson is taught by a qualified teacher, Megi Kakhniashvili. Her students receive theher full attention for their entire lesson and benefit from a series of lessons that have been planned and tailored to each student’s own specific needs and learning style. Progress is comparatively swift and easy. At the studio, students are offered recitals, events and concerts alongside with the regular lessons. 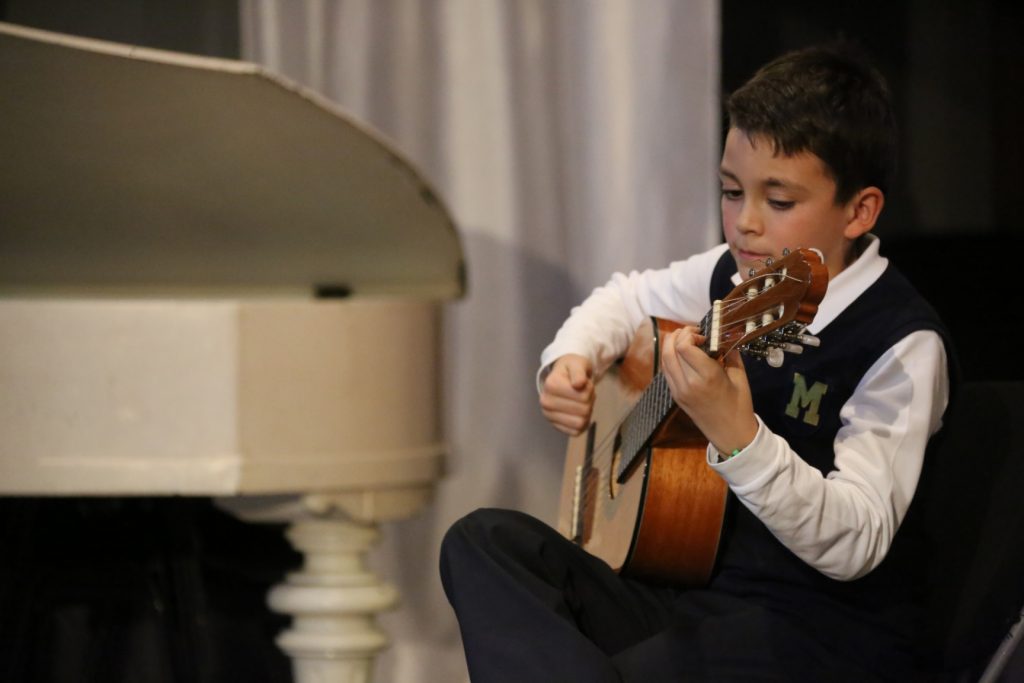 Dance Club, supervised by professional dancer David Daraselia, offers an after-school program to students of various age groups. Students learn Georgian National dances and popular dances from several other countries. The club allows its members to experience the wonder of dance and the joy of performing. The Dance Club allows even the non-dancer to be part of the excitement of the performance. Everyone in the Dance Club participates in the school’s major events. The Dance Club requires hard work, dedication, and commitment. 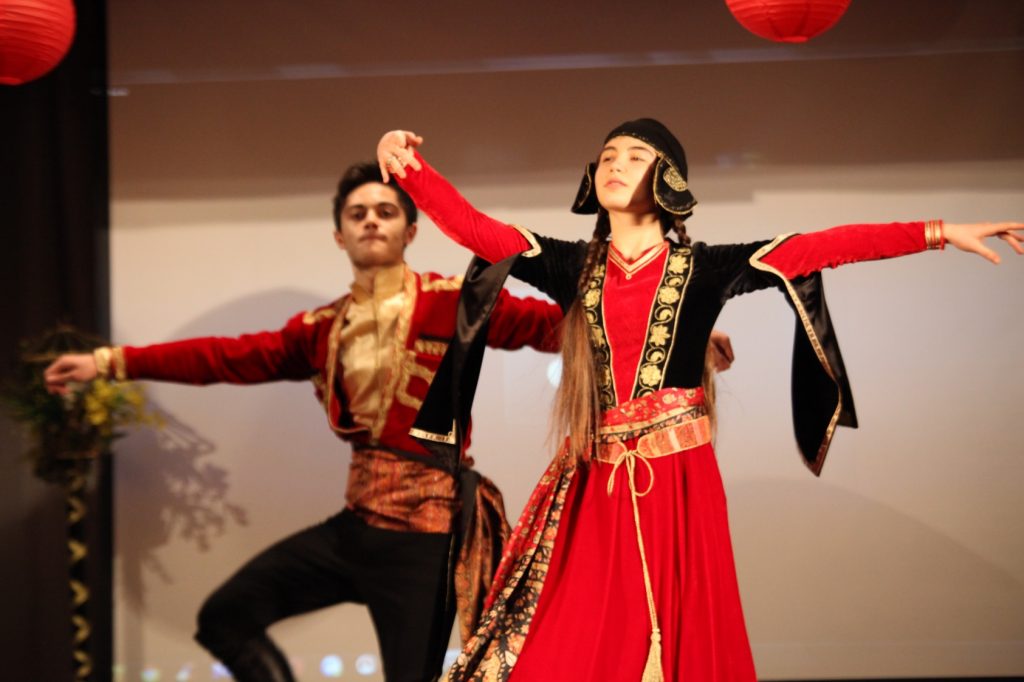 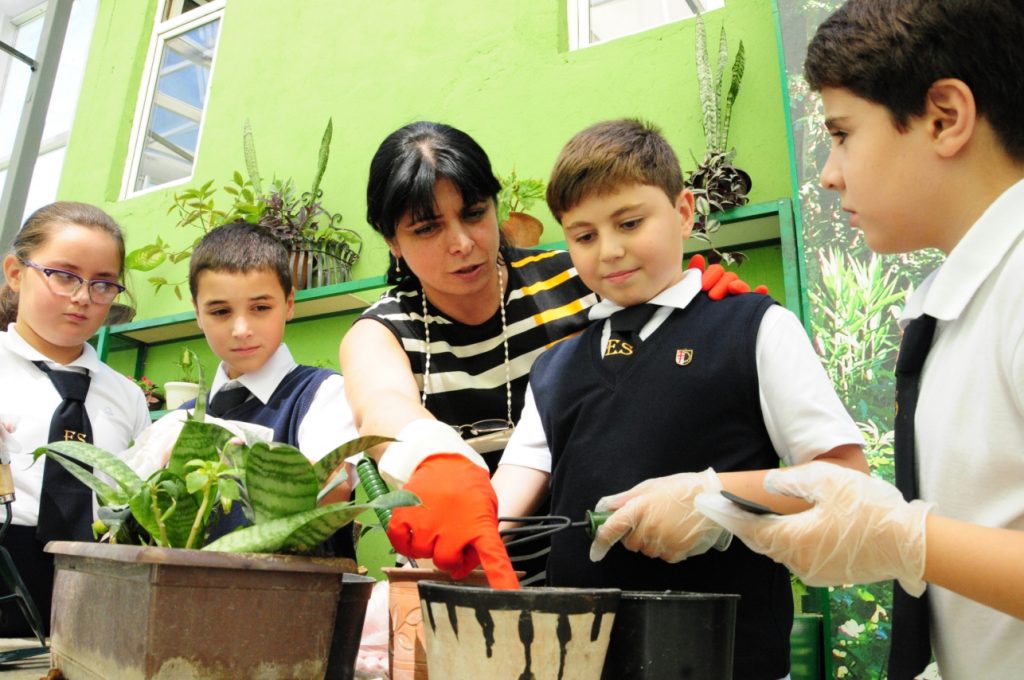 An extra-curricular Robotics Club greatly improves student engagement with STEAM subjects. The hands-on experience of learning to design, build, and program robots of increasing complexity boosts teamwork and problem-solving abilities while helping kids learn how abstract concepts, like mathematics, engineering, and computing actually work in practice. The club supervisors Lasha Getsadze and David Nozadze are preparing students to get involved in robotics competitions where they encounter a whole new arena of exciting, creative, and practical challenges. 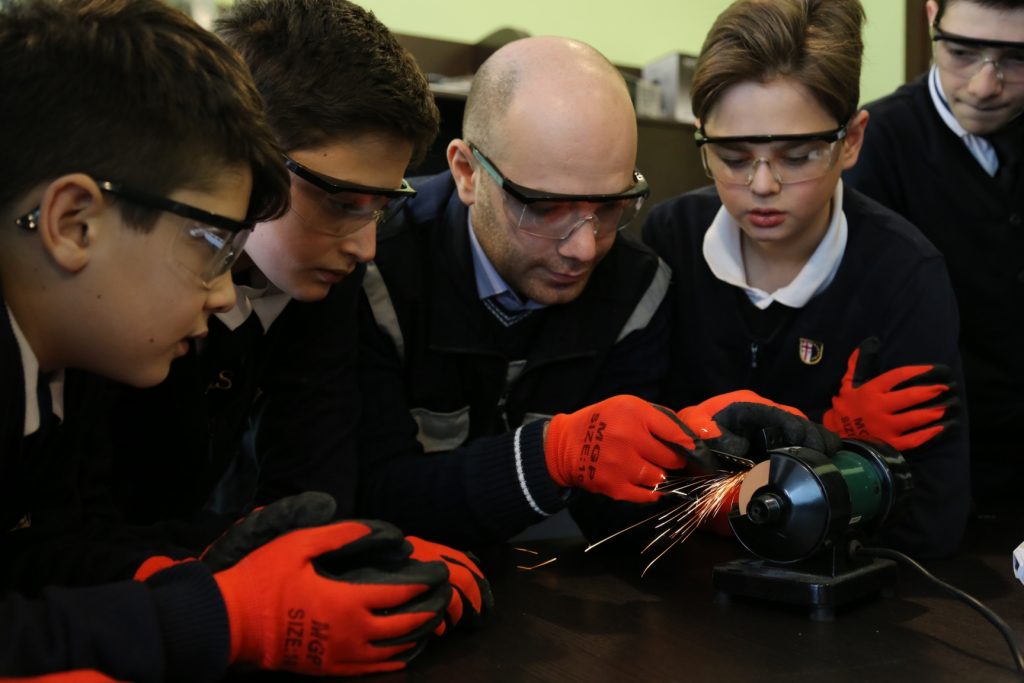 Java Programming and Game Design Club is for grade 10 students. Club sessions run for an hour and a half a week during term-time and have about 10 participants who learn to program by making games, animations, and applications using Java OOP.

Ballet is the highest level of classical dance. It is always popular. Learning ballet begins from the early years when a child’s body is more elastic. The European School Ballet Club is supervised by the Head of ballet studio Art Ballet L N, a former teacher of Chabukiani Ballet School and the troupe of Opera and Ballet State Theater, E. Khalvashi 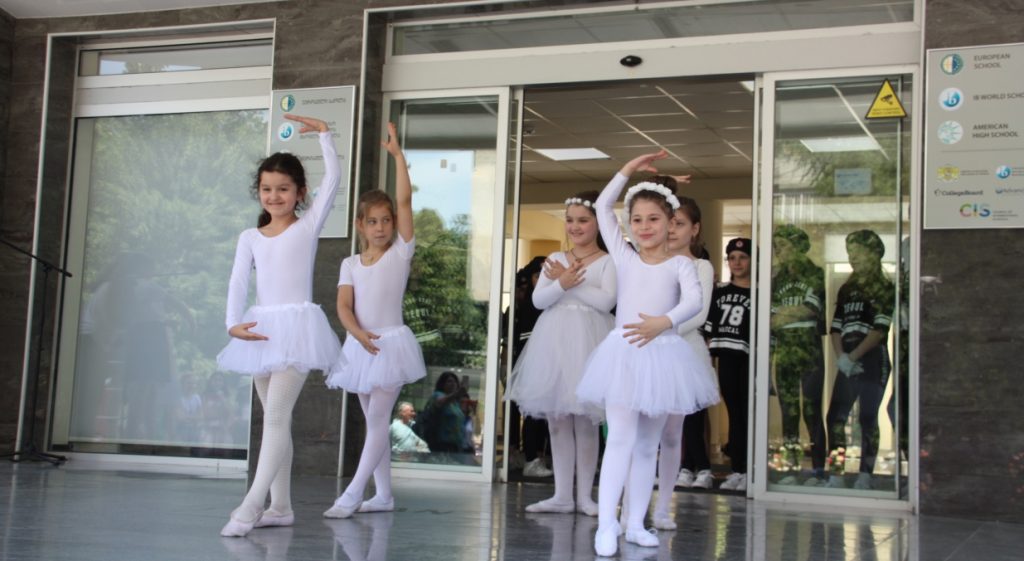 European School students aged 6-16 years have an opportunity to attend Hip-Hop classes at Contemporary Dance Studio of the ES. The club is supervised by the choreographer Temur Kamkhadze, an actor at Marjanishvili Theatre, the leading actor of an Oscar nominee Georgian-French movie and choreographer of several performances. 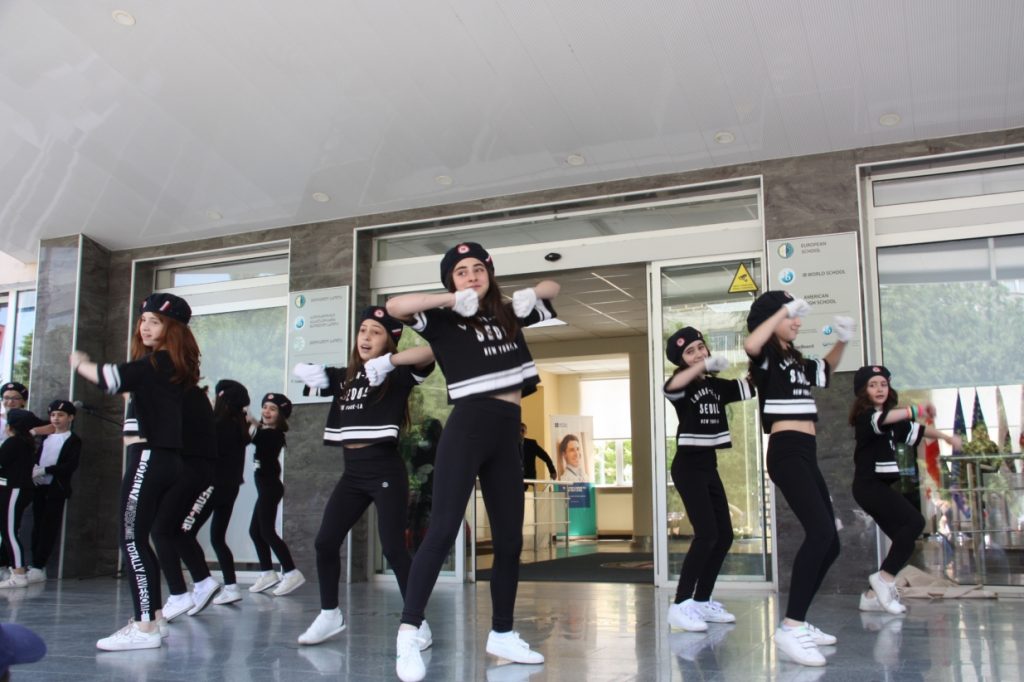 At the European School Art Studio, children’s drawing classes nurture your child with creativity, inspiration, and encouragement. Every child receives tailor-made, one-on-one art instruction from our highly skilled, professional artist Ana Mindiashvili, who is passionate about your child’s art education. In all of our children’s drawing classes, students learn a variety of artistic techniques combined with the freedom to authentically express themselves through art. Drawing techniques explored in our drawing classes for kids include shading, dimensions, composition, portraiture, realism, abstraction, landscape drawing, and more! 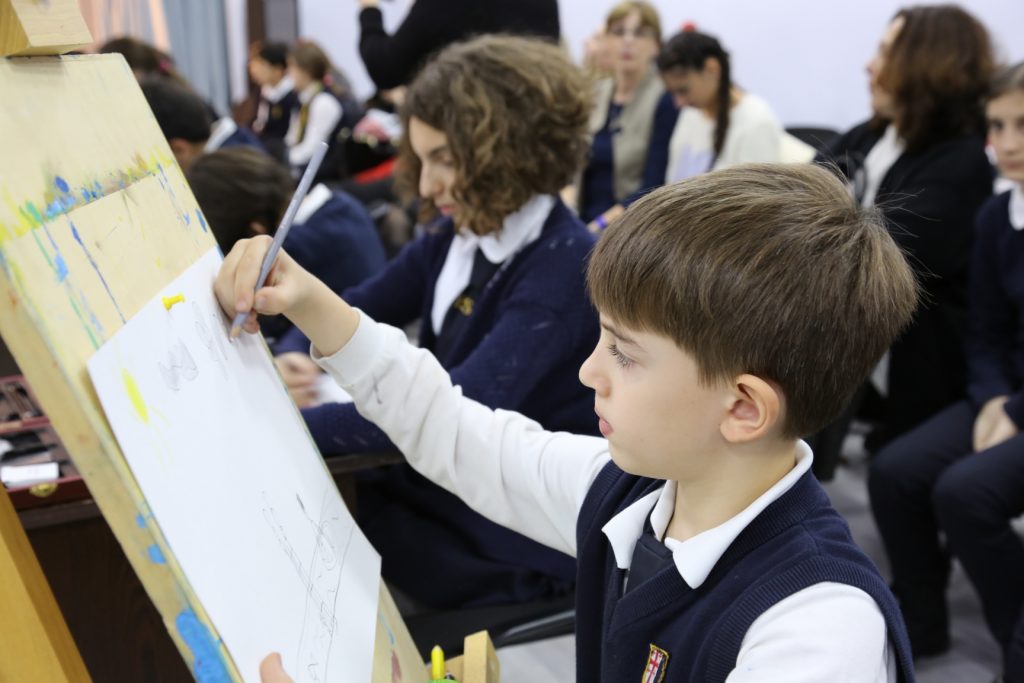 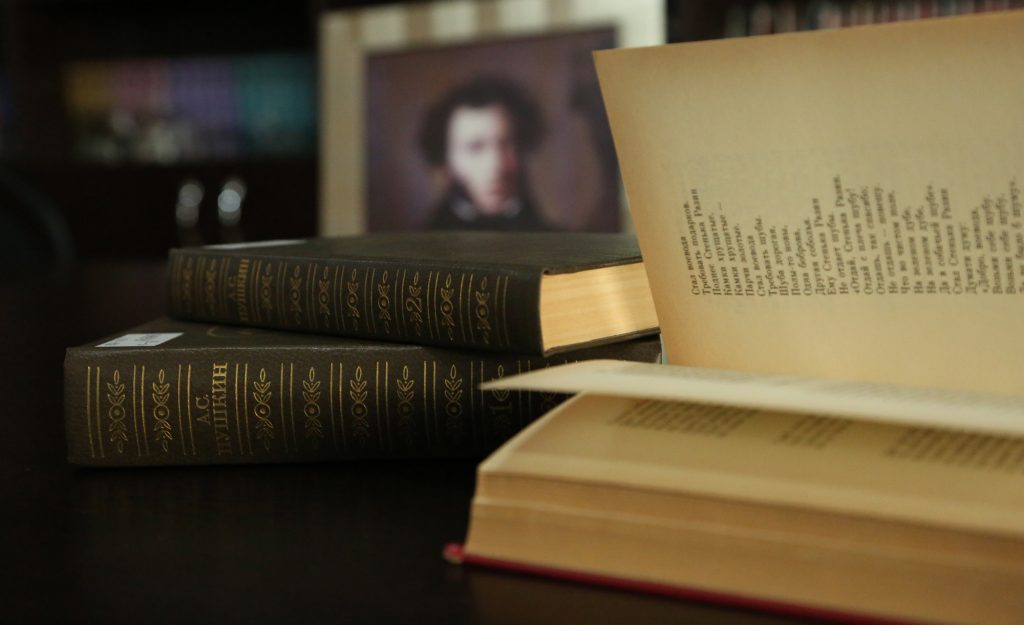 In the Chinese Language Club, students will learn the basics of the Chinese language and improve their listening, speaking, reading and writing skills. Our Chinese Language teacher is Ekrin Yagmur Kurt. In her club activities, she will encourage students to learn more about Chinese culture and history. 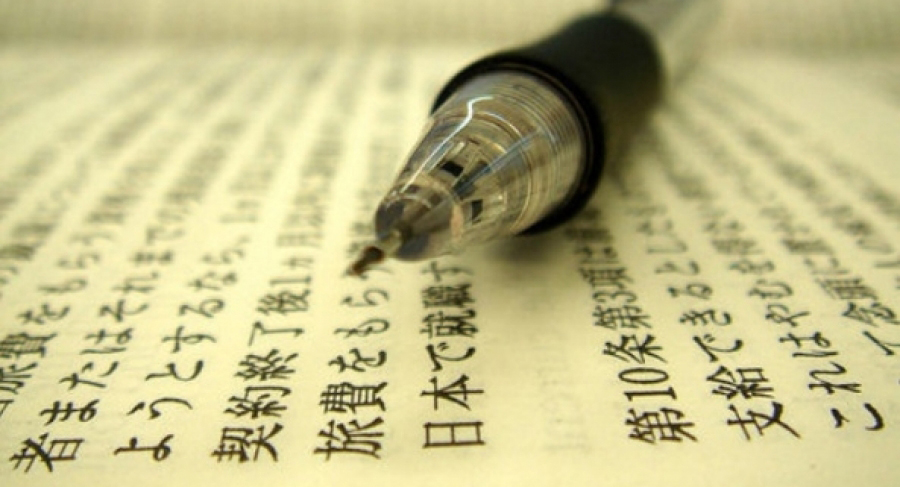 French Language Club allows students to learn a foreign language from early childhood. Acquiring the new language is not the only benefit of getting involved, children become familiar with the French culture, literature, and French civilization. Fun and entertaining club activities make learning enjoyable and engaging for students. 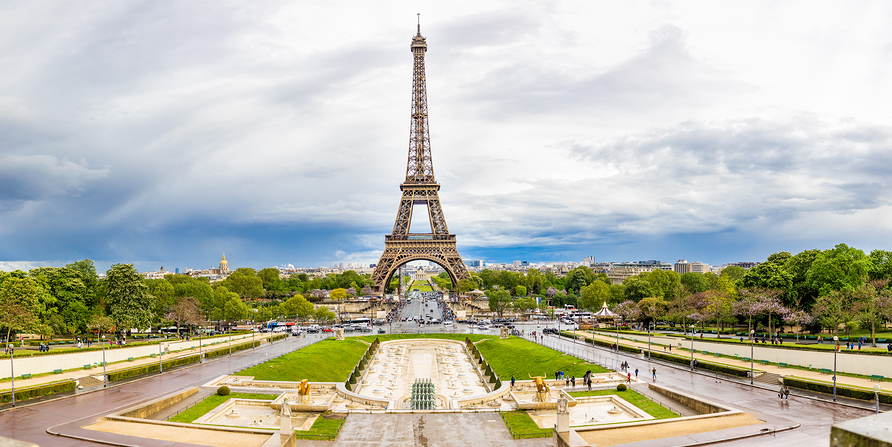