TEDx event is a local gathering where live TED-like talks and videos previously recorded at TED conferences are shared with the community. TEDx events are licensed events, but at the same time are fully planned and coordinated independently.

All carefully prepared talks, demonstrations and performances are idea-focused, and cover a wide range of subjects to foster learning, inspiration and wonder – and provoke conversations that matter.

The European School has hosted TEDx conference five times. Every year our students have a chance to introduce their projects, findings, thoughts to the school community and invited students from other schools and universities. The event becomes more attractive with the participation of famous speakers.

In order to popularize classical music, showcase students’ talents and support students who perform classical music, the European School has been organizing the annual Classical Music Festival since 2014.

The festival has its own program and guidelines. The growing number of participants indicates that the festival has become very popular among the students.

The competitors are judged by the competent jury.

Traditionally, the jury is headed by Ms. Rusudan Sebiskveradze: a famous composer, honorary citizen of Tbilisi, Order of Honor recipient and the head of the European School singing studio.

The festival consists of two stages. Special diplomas are awarded to the competitors who make it to the second stage. Distinguished nominations, such as “the Best Performer,” “the most Skillful Performer,” “the Jury’s Favorite,” etc., are also provided.

The winners of the classical festivals include Nini Bziava and Mariam Merabishvili (the winners of different national and international piano contests).

Since 2014, the European School organizes the exhibition of students’ paintings and works of applied art: “My School” (“New Year is Coming”). The exhibition has its own guidelines and program and is supervised by the competent jury.

The jury is traditionally headed by famous artists and art critics, including:

Irine Koshoridze – the Director of Georgian State Museum of Folk and Applied Art, a professor at the Ivane Javakhishvili Tbilisi State University, curator at the Georgian National Museum, etc. The growing number of participants indicates that the exhibition has become very popular among the students.

The exhibition consists of two stages. The paintings are displayed at the school exhibition hall whereas the winners are awarded special diplomas and prizes.

The best works of the exhibition are printed on European School Christmas postcards.

Later on, the participants of the exhibition have become the winners of various national and international festivals and contests.

“The Most Talented” Contest

In order to support its talented students, the European School launched “the Most Talented” Contest in 2016.

The contest is supervised by the competent jury. Over time, the jury has been headed by prominent figures: Levan Tsuladze – the artistic director of the Kote Marjanishvili State Academic Drama Theatre, a famous actress – Rusudan Makashvili and a popular singer – Davit Gomarteli.

The winning nomination “Golden Star Talent” is followed by the second and third places: “Star Talent.” The winner is awarded a four-day trip to Gudauri resort.

Special prizes are awarded to the winning teams.

The presence of the TV Studio at the European School and students’ avid interest in movie-making resulted in the creation of a movie forum at the European School. In 2011, “Golden Butterfly” movie festival was launched. The festival is held annually, on every May 29, 30, 31 and June 1, and is dedicated to the International Day for Protection of Children.

Georgian and international students alike under the age of 18 participate in the festival. The festival welcomes competitive and non-competitive participation. Students meet with famous filmmakers, learn about modern cinematography techniques, participate in short films and sketches and develop teamwork skills. It is particularly noteworthy that the movies submitted to the festival do not necessarily need to possess high quality. The jury is more focused on the concept of the movie.

The festival aims at identifying and exposing young and talented movie-makers and their creations and sending them to international movie festivals.

Since 2011, up to 400 participants have taken part in the festival, from different regions of Georgia as well as from foreign countries: Germany, Ukraine, Azerbaijan, Bulgaria, Macedonia, Russia, Iran, Canada, Greece, Poland, Belgium, the U.S., Serbia, Moldova, Belarus, etc.

The festival winners and Grand Prix holders were:

The creative group of the festival periodically delivers presentations at children’s educational and rehabilitation institutions. These presentations aim at raising awareness about the “Golden Butterfly” and engaging children in the festival activities.

Since 2013, “Golden Butterfly” is a member of children’s movie association – ECFA. 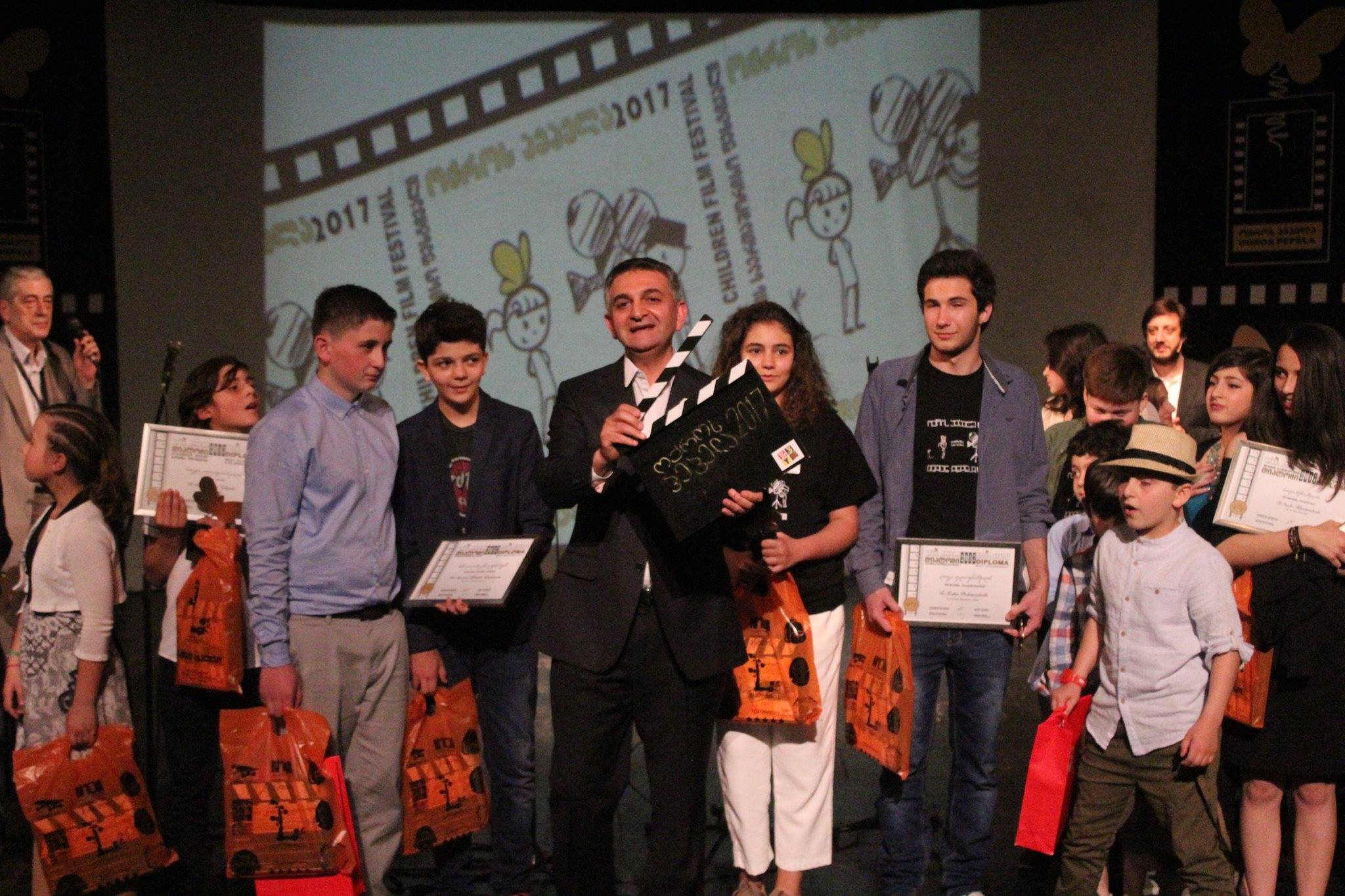 Student Project International Conference (SPC)is the   European School annual conference. The primary aim of this event is to bring together young researchers, inventors, creative individuals and give them an opportunity to present their projects to a large audience, as well as to interact with other enthusiasts and have an enriching learning experience. Conference delegates attend engaging sessions and participate in various team building activities in a friendly environment.

Every year, the ES celebrates Europe Day by organizing a fair that allows school community and invited guests to get to know different aspects of the European Union. The fair provides national corners and stands where students dressed in national costumes introduce visitors to the country, its culture, traditions and etc. At the Europe Day, songs are performed in various European languages and dance groups represent various European dancing styles, flamenco, slow waltz, and others. 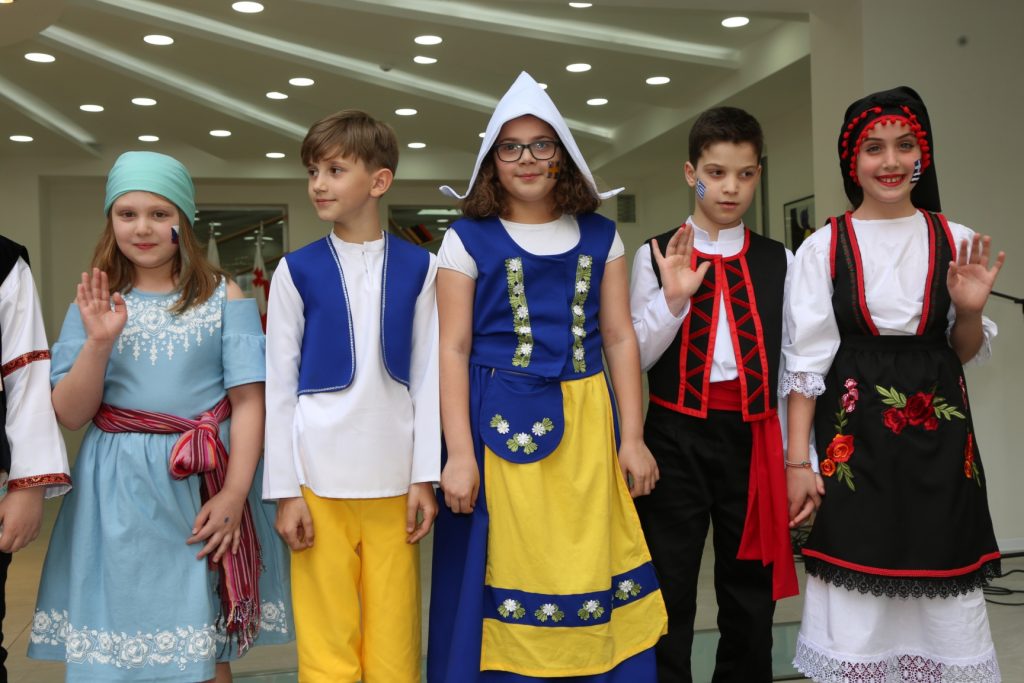